In early March we were able to announce that ferries in the Baltic Sea, especially those connecting Germany with Scandinavian countries, report record bookings for 2017.

Now reporting, on 2016 volumes and the four-year period since 2012, Discover Ferries, the industry body, charted the steady rise of car passenger sea travel.

Based on Ferrystat* figures, growth is up from 8.3 million cars to nearly 8.8 million. Bill Gibbons, director of Discover Ferries, noted that this represents 38.6 million passengers by car, coach and on foot. Gibbons also pointed out that the sustained volume growth of cars is particularly good news for the sector because it shows the benefit of a break by sea over airport pressures. 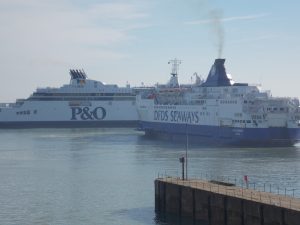 Remarkably between the UK and France more passengers travelled by sea rather than air. The 2016 Ferrystat report includes a provisional analysis of Civil Aviation Authority 2016 data, quoting 14.6 million by ferry, and 10.8 million by air.

It showed in total ferry travel accounts for one in ten travellers between the UK and Western Europe.

More detail shows the biggest expansion in 2016 was domestic UK travel, rising from 16 to 16.7 million passengers, and from 3.7 to 3.9 million cars. Regionally, during 2016 Western Scotland performed particularly well with passenger volumes expanding from 5.9 to 6.5 million. All islands served by ferry also experienced significant increases during 2016.